Through the Mend our Way appeal the South Downs National Park Trust hopes to raise £120,000 to carry out critical improvements on the South Downs Way. This is part of the national “Make a Million” campaign, run by the British Mountaineering Council, which seeks to raise £1,000,000 for some of the UK’s most treasured trails.

Stretching all the way from Winchester, England’s ancient capital city, to the seaside resort of Eastbourne the South Downs Way is the only National Trail to sit entirely within a National Park. Despite the huge number of people who enjoy the trail year-round it feels like an oasis of calm as it winds through hills, villages, woodland and grasslands on the high chalk ridge.

More than half a million walkers, cyclists and riders enjoy the 160km South Downs Way National Trail every year. Some for pleasure, others for the challenge and many to raise money for charity.

The South Downs National Park Trust is asking people who’ve enjoyed the trail to give something back. Through this campaign we aim to restore the most critical areas, safeguarding the South Downs Way for the future.

The Campaign includes the following improvements:

This is a remote section of the South Downs Way, popular for its tranquil setting and stunning views. As a natural saddle, it collects water run-off and the heavy use has created an increasingly large, wet and churned up area. People are walking further and further around this point to avoid the mud and water, creating even more erosion lines in an archaeologically rich area. Funding required £15,000.

This popular section lies between Ditchling Beacon, one of the highest points on the South Downs Way, and the historic county town of Lewes and attracts over 80,000 people each year. The Plumpton Plain track runs along the crest of the Downs with far reaching views across the Weald. It is almost completely level, but water laying on the route causes the track to quickly degrade. Funding Required £25,000.

This is one of the most iconic hills in the Hampshire Downs and is a Scheduled Ancient Monument Fort as well as a National Nature Reserve containing some of the finest chalk grassland species found in England. Unlike much of the South Downs Way this section was never a stoned track and its unconsolidated chalky soils have now been compacted and churned up into an extremely slippery muddy strip. Funding Required £50,000.

Mid way between the Sustainability Centre and Butser Hill, the highest point on the chalk ridge of the South Downs, this part of the route is busy year round. Running along the top of the high ridge, this level track suffers from water damage. Large puddles of standing water are often trapped on the track and cause the track surface to break up much quicker than otherwise it should. The proposal here is to break up the existing surface and lay additional layers of new limestone scaplings to form a raised cambered track. Funding Required £30,000.

5 posts
No posts yet
Close

Almost there, Mend our Way has reached 75% of the target!

Halfway there, Mend our Way has reached 50% of the target!

Making good progress, Mend our Way has reached 25% of the target! 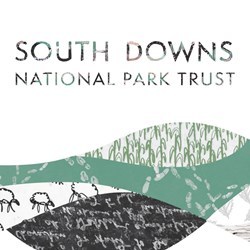 Donate As a registered, independent, charity you can help us carry out vital conservation work, ensuring the South Downs National Park can be enjoyed by all. £10 – Could help a child develop through our hands on outdoor educations activities. £25 – Could buy a Watervole, helping to ... Read More

You are about to remove the message and all replies. Do you want to proceed?